Western style baked bread is not a staple of the traditional Chinese diet, but it has been quickly catching up among China’s urban middle class during the past 20 years, in which China’s baking sector has grown by 10% annually, and bread has been the main driver product. Bread was good voor 44% of the total value of the Chinese baking industry in 2018. The value of the Chinese bread market is expected to reach RMB 266.3 billion in 2020.

According to a staff member of the bakery chain BreadTalk, 80% of their clientele were foreigners, when she started working there in 2005. This has changed completely, and now Chinese are the main customers.

A product for the young and the affluent

When you take the time to observe the activities at any bread store in a Chinese city, you can observe that at least three quarters of the regular domestic patrons are (young) professionals, white collar workers. Older people still regard bread as something that is foreign. They do not dislike it, but it is something you consume occasionally, as a snack.

Moreover, bread is still regarded as relatively expensive. Teenagers and students like to ‘hang out’ in and around bread and cake shops, because they like to cozy ambience that all chains like to create. However, they only occasionally actually buy Western style bread or pastry, because it is too expensive.

When bread first started to come up in the mid 1980s, the preferred type was the soft, white bun, with a relatively sweet flavour. It had to be extremely soft. As one European bakery technician with whom I used to travel through China put it like this:

This has started to change recently. Chinese consumers are gradually learning to appreciate more salty types of bread, bread with harder crusts, and whole grain bread.

The Chinese consumed 2 mln mt of bread in 2016. That is a lot, but the per capita consumption of bread is approximately 2 kg p.a. (in the urban regions about 3.2 kg), compared to 10 kg in Japan and 9 kg in Taiwan. Insiders expect that the Chinese bread consumption will gradually rise to the level of Taiwan, which means that the growth potential is enormous.

Bread is a localised business in China. There are very few regional suppliers, let alone producers that sell on a nationwide scale. It is also still a very Chinese business. Multinationals are present, but do not dominate. The largest bakery company in the world by far, Grupo Bimbo, has a very small presence in the market with just one plant.

One of the few companies with such a status is Mankattan Food Co., Ltd. Mankattan has been established by the Belgian Artal Group in 1995. Mankattan has achieved a large market share through direct distribution of bread products to retail, food service and school locations. The main company is located in Shanghai, with subsidiaries in Beijing and Guangdong, giving it production centres in China’s most densely populated regions. 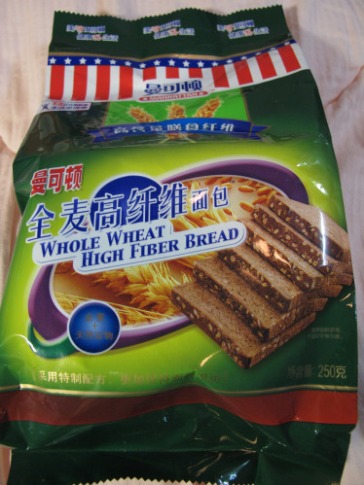 Another successful example is Taoli (Toly) Bread (Shenyang, Liaoning). However, Taoli also produces traditional Chinese bakery items like mooncakes and zongzi. Still, the fact that the word ‘bread’ is part of the company indicates that it is its leading product. Taoli was listed on the Shanghai Stock Exchange in December 2015. Taoli generated a turnover of RMB 1.142 billion in the first quarter of 2019; up 15.52%. 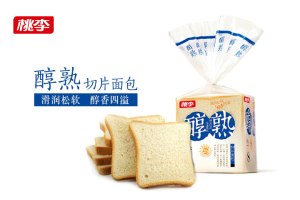 Worth keeping on your radar is also Ranli Food (Zhangzhou, Fujian). This producer of biscuits and pastry launched a pumpin bread in 2019. Its pumpkin content is at least 16%, creating a unique flavour and (natural) colour and considerably increasing the fibre content.

Another healthy bread newly launched in 2019 is ‘sugar-free low calorie low fat’ whole grain bread by Shanghai-based Laidalin. A blogger claims that ‘it is so light, that if feels like eating air bubbles’. I personally prefer a firmer type of bread for my early morning cheese sadwhich, but as introduced above: Chinese like it soft.

Several domestic and foreign bakery chains are gaining ground on large Chinese bakery companies like Christine and Holiland. The South Korean chain Paris Baguette now has 37 stores in China, the Taiwanese chain 85°C Bakery Cafe has about 145, the Singaporian venture BreadTalk 170, and the South Korean chain Tous les Jours 140. Starbucks Coffee is also developing in this direction in China. A good sign of the growth potential of this sector is that BreadTalk’s net profit increased 91% in 2017 to RMB 21.85 mln.

Some experienced players from Hong Kong have also expanded to the Mainland, like: Queen’s Cake Shops, Maxim’s and Aji Ichiban, which may sound Japanese, but has Chinese founders.

A common feature of all chains in this category is that they tend to be located in office buildings and high end shopping centres, close to their largest market segment.

Euro bakery, a 130 staff bakery in the Beijing region founded by Dutch investor Henny Fakkel, recently received a loan from the Netherlands Finance Development Company (FMO). The bakery is now expanding its business with a long-term EUR 2 mln loan from FMO. 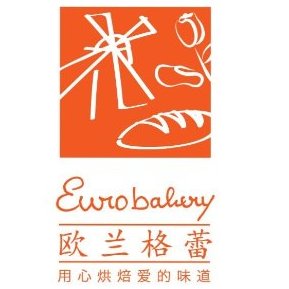 Euro bakery has come a long way since Henny Fakkel and Grace Wang started the business in 2006. The bakery has managed to extend its large-client base to 60, and with a staff of 135, the bakery produces seven days week and distributes its products all over China via 450 delivery points.

Euro bakery wants to expand to 4000 m2 and build its own bakery education institute to train itd staff and disadvantaged young people to give them the chance to follow a baking course.

Insiders believe that the penetration of frozen technologies in baked goods will increase in the future. In China, where labour is abundant and cheap, it may be counterintuitive to see penetration of a high-end technology for production of baked goods growing. However, increasing complexity and diversity of products in industrial bakeries is driving the requirement for frozen solutions. It is already deployed in 20% of western style baked goods in the country.

Bread is pointed out by Northern Sunlight, China’s largest distributor of food ingredients, as one of the most interesting growth markets.

This is corroborated by a the Director of the China Food Additives Association (CFAA), who claims that he regards Bakery China as the most prominent competitor of CFAA’s Food Ingredients China (FIC). Bakery China is organized annually in May, covering 9 halls of the Shanghai New International Exhibition Centre. Apart from baking products, it  also covers ice-cream and pasta and all ingredients for the entire product range.

Virtually all Chinese bakers are using bread improvers, compound ready-to-use ingredients, comprising enzymes, emulsifiers and a various other additives. I have already introduced the structure of the market for flour and baking ingredients in a previous blog. You can see more details there.

The way the ‘additive’ is broken down in individual ingredients is prescribed by law. Although not stated verbatim, it indicates that the producer does not purchase those ingredients separately, but buys a ready-to-use bread improver.