Seaweed has been integrated in Chinese cuisine for centuries and was used in food, feed and even building materials. In 2021, the average consumption of seaweed at home was 78.09 gr/month/person for urban residents. The outside home figure was 27.54 gr. and for urban residents 48.80 and 9.27 respectively. 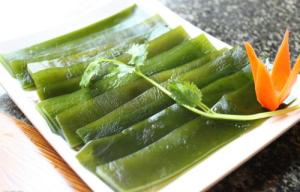 The modern seaweed industry in China, being the largest seaweed producer in the world, began with two phases.

According to the 2016 Chinese Fishery Yearbook, the yearly seaweed yield was over 2.1 mln mt dry weight in 2015, which was nearly 50% of world seaweed yield. By looking into this volume from an economic perspective, the total value of seaweed in China was USD 8.64 billion.  As for the production regions, Fujian, Shandong and Liaoning, dominate the seaweed production, accounting for nearly 90% of total national output. 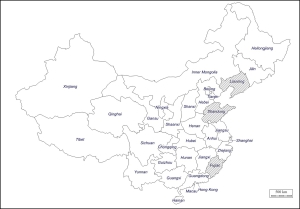 Rongcheng in Shandong and Fuzhou in Fujian have been given the designation ‘Seaweed Capital of China‘. The seaweed production of Rongcheng currently is 410,000 mt p.a.; 30% of the total national volume. China has exported 2000 mt of seaweed in 2021 in the first 10 months of 2021.

In terms of the types, kelp is the largest species produced, accounting for 67% of the national seaweed yield. The second largest one is Gracilaria which belongs to the family of red algae, accounting for 13%. A major product in this category is laver, ‘purple cabbage (zicai)’ in Chinese, known as nori in Japanese. China produced 212,300 mt of laver in 2019; up 5.22%. Then there is the sea mustard (qundaicai), also better known with its Japanese name: wakame. China produced 202,400 mt of sea mustard in 2019; up 15.32%. Japanese are the nation with the largest wakame consumption, but 70% of it is imported from China.

A major problem with seaweed products was that the cost and wholesale prices were extremely low because of massive cultivation. To increase the economic value of the industry, several value adding products have been developed in recent years: including food supplements, medical matrix, medicines and skin care products. A few have been introduced in earlier posts in this blog: 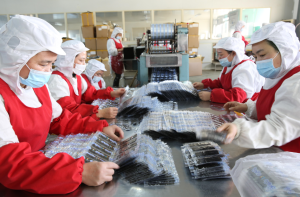 With the increasing spending power of Chinese consumers, and the growing preference for more healthy food, the consumption of seaweed snacks has grown rapidly during the past few years. The leading product is nori, laver processed into thin sheets, not for wrapping sushi, but for direct consumption. Due to the high fibre content, nori is a good way to alleviate hunger without consuming many calories. China produced 24,590 mt of nori in 2019; up 5.86%.

Chinese R&D in this industry had produced a number of innovative products. A good example is tomato flavoured nori by Strongfood (Guangdong). 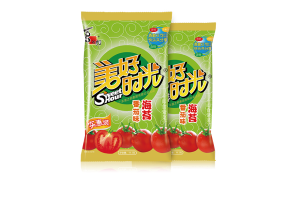 Very few seagrass meadows have been recorded in the country yet. As of 2014, only 87.6 km had been identified, with 80 km of that area in the South China Sea. Then, in 2015, exciting news emerged from northeast China’s Bohai Sea – a 10 km meadow had been found off Caofeidian, a district of Tangshan. In September 2019, a survey by the Ministry of Natural Resources expanded the total seagrass coverage in the area to 50 km. Clearly these ecosystems are not only to be found in the south. A 2016 survey of the Caofeidian seagrass meadows, led by Liu Hui of the Chinese Academy of Fishery Sciences’ Yellow Sea Fisheries Research Institute, found a rich variety of species, including juveniles of many different types of fish and bottom-dwellers like the webfoot octopus, veined rapa whelk and Manila clam. Many juvenile shellfish were also found in the sediment, as well as clam worms. With its favourable climate, the island province of Hainan has the widest variety of seagrass species. But the dominant species in the south is Halophila ovalis, sometimes called dugong grass. In the Yellow and Bohai seas, eelgrass is most common. The large area of seagrass discovered in 2015 was predominantly eelgrass. In June 2020, seagrass meadows were included in a 2021-2035 national plan for the protection and restoration of important ecosystems.

In view of the good prospects of this market, I expect this post to expand soon.