Even though dairy has been incorporated in several traditional regional cuisines, China is not known as a typical dairy nation. However, the industry has been developing rapidly during the previous decades, in spite of a number of food safety problems that have received global attention. The main reason is that Chinese, with support of the national government, strongly believe in the nutritional value of milk. Already in 2006, the prime minister stated that ideally every Chinese should drink one glass of milk per day.

Still, a high volume of milk is consumed by the food industry. This is because, in spite of the healthy image of dairy, the average Chinese consumer still finds the taste of milk hard to appreciate.

The combination of these facts, high nutrition + disagreeable taste, has created a very unique market segment in the Chinese dairy industry, including a broad variety of beverages with milk as their main ingredient, combined with a number of flavours and nutrients. We will refer to this product group as formulated milk beverages (FMB).

FMB can be further categorized in a number of ways. First of all there is the distinction between fermented and non-fermented beverages. Fermented FMB have a more sour taste and often contain probiotics.

Another subtype is what the Chinese industry refers to as ‘protein drinks’. These beverages used peanuts, almonds, soybeans, etc., as their main ingredients. They have a thicker texture than the average soft drink. A number of protein drinks combine milk with peanuts, red beans, or other of these protein ingredients, which makes them part of the scope of FMB.

These macro ingredients are usually supplemented with a number of other ingredients that can be divided in three main types:

Many readers will doubt the nutritional value of a product like this, compared to simply drinking a glass of milk, which should be a lot cheaper as well. However, for the time being, this can be expected to be the mainstream in ‘dairy products’ in China.

Also see the dairy section in our item on cost price break down of several Chinese food and beverage groups.

Probiotics have become a pet ingredient in Chinese formulated dairy beverages. The total turnover in 2015 of probiotic milk drinks was RMB 11.98 billion, up 14.9% compared to 2014.

Huishan Dairy (Liaoning) has launched a new range of fermented dairy drinks with fruit and vegetable juice under the brand name Huawo. The company thus combines two major ‘healthy’ trends in the Chinese food industry: probiotics and natural juice, in one product. 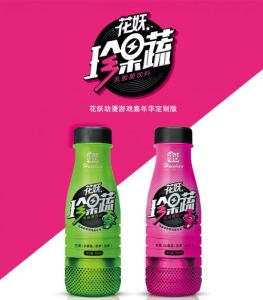 Haocaitou (Fujian) has launched a dairy drink with probiotics and natural lake salt imported from Australia, that it markets as a sports beverage. 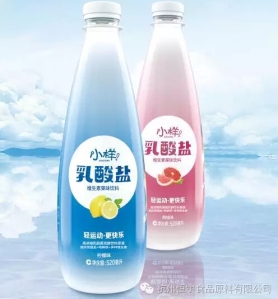 Also look at the Xiaoxixi vinegar milk with pineapple vinegar introduced in my post on new vinegar-based foods and beverages.

A special subtype in this category are the imitations of Yakult. This Japanese product is so successful worldwide, that a number of Chinese companies have not been able to resist the urge to launch similar products. A recent one in this category is Yili (Inner Mongolia), that launched its Meiyitian lactic acid drink early 2018. 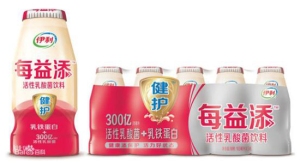 A discussion has been going on in the Chinese media whether these beverages should be allowed to be marketed as dairy products. The government has supported the industry in this debate by officially allowing these drinks to use ‘XX milk’ a product names in October 2014. In this way, the producers are allowed to position their products with a healthy image.

The trend for 2018: healthier formulations

Three Chinese dairy companies are ending the year by launching healthy dairy specialties. It is hard to say if these launches are incidental, or that they are part of a concerted action. However, these beverages can be regarded as examples of the new generation of formulated milk drinks. These beverages are not only formulated to mask the less attractive flavours of milk, but also add several functional ingredients. 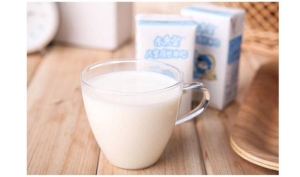 A2 milk is cow’s milk that mostly lacks a form of beta-casein proteins called A1 and instead has mostly the A2 form. Milk like this was brought to market by New Zealand’s a2 Milk Company and is sold mostly in Australia, New Zealand, China, United States and the United Kingdom. Mengniu has selected 2000 cows from its Future Star (Weilaixing) Farm as designated producers of A2 beta-casein milk. It is marketed as a healthy milk for children. 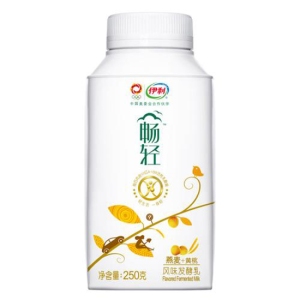 The meaning of the product name speaks for itself 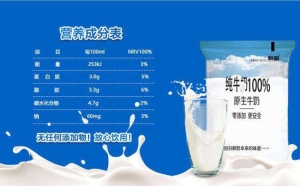 The English translation is rather unfortunate. The Chinese name, Doujiang niunai, literally means ‘soy sauce cow milk’, but soy sauce refers to a different product in English, and our default milk is cow milk, so we usually leave the ‘cow’ unmentioned, while we speak of ‘soy milk’, due to the colour of the liquid. Anyway, it is a combination of milk and (non-GMO) soy milk powder. In Kedi’s own words, it is the best of both.

UniPresident, non-dairy specialist has launched a Papaya Milk in March 2018 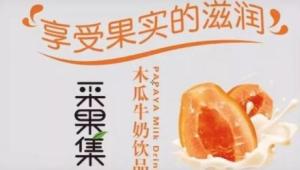 Saigon Dairy Factory (Vinamilk) has obtained the code from the Chinese General Administration of Customs on July 17, 2020, which allows the plant to export flavoured fermented milk to the Chinese market.

Eurasia Consult has a database of more than 130 formulated dairy drinks and their manufacturers + a large number of recipes for formulated dairy products that circulate among Chinese food technologists.

Also see my post on individualisation in Chinese food marketing.