Eurasia Consult has been active in the Chinese market for food ingredients since 1985, and in the course of our activities we have built up a substantial database of industrial recipes. This information can be used in market research, but also constitutes a mine of information for international suppliers of food ingredients to broaden the scope of existing ingredients and develop new products.

In this post, I am providing a few examples of the most promising application areas: novel foods, in particular those based on local products, traditional foods adapted for modern industrial production and ingredients based on traditional Chinese medicinal herbs.

The recipes are provided as found in the various sources. They are not ready to reproduce recipes, but provide insight in the perception of food formulation in China.

The Chinese love experimenting, as you can see on the Trends section of this blog. A consequence of this trial and error mentality for product innovation is that the route between idea and prototype is usually considerably shorter in China than in Europe. Novel products are often tested by throwing them on the market to see how consumers react.

Combined with other traits of Chinese culture, like playfulness, curiosity, etc., makes that more peculiar products are launched in China than in any other market in the world. Our favourite is still this one: ‘yoghurt to cure hangovers’. However, in this post I prefer to show a more common product. 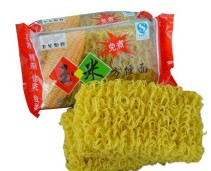 In several earliers posts, I introduced the transformation of traditional Chinese foods into products manufactured at an economical scale. Chinese food designers have grown very apt in creating new variations adding extra value to such traditional products. A related trend is to create new foods from typical locally cultivated fruits, vegetables, etc. Local food specialties used to be a source of pride in China, but in the course of the ‘modernisation’ these traditions became rather suppressed.

Local governments have regained interest in these products recently and many of them are even applying a kind of DOC status for their typical local specialties, prohibiting manufacturers from other regions using that product name, like the term ‘champagne’ in France. 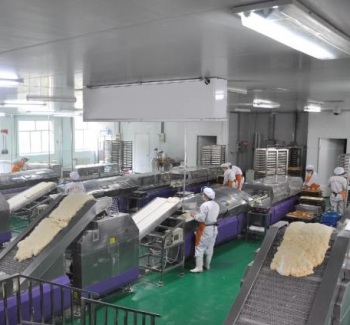 Mantou used to be made at home, using a piece of the previous dough to start the fermentation process. Mantou have started to be produced on an industrial scale recently, which has created a demand for specialized flour improvers for this application, with enzymes as the main active ingredients.

Food and medicine have never been as closely separated in China as in the Western tradition. Virtually all food and food ingredients are attributed certain medicinal activities in Traditional Chinese Medicine (TCM). Against this background, it is not so hard to imagine why the notion ‘functional food’ was accepted so quickly and smoothly in China: it was not really a novel concept for the Chinese. Actually, a number of fashionable functional foods in Europe, like Gingko, originate from Asia. As soon as ‘functional ingredients’ established themselves as a separate and lucrative category, medicine companies started to promote extracts from TCMs as food ingredients. 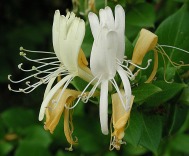