Jinhua ham is one of the first Chinese traditional local foods that has successfully applied for a DOC status a number of years ago. Since then, only ham produced in the region of Jinhua (Zhejiang) is allowed to be marketed as Jinhua ham. One result of the increased status is that some companies have started advertising with Jinhua ham as an ingredient to produce novel foods with a traditional local flavour. The Ham furu (fermented beancurd) of Lanting Food (Shaoxing, Zhejiang) is a good example.

The following picture shows how hams were produced in the traditional way. 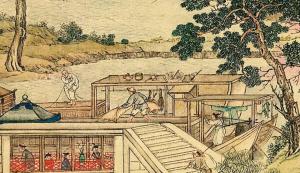 Jinhua is located at a slightly lower latitude than the home regions of the other famous hams like parma and iberico. This is part of the reason for Jinhua ham’s unique flavour. The following video shows its modern production. It is in Chinese, but insiders should be able to understand most of it.

A number of companies are cashing on that, but three companies claim to be producing the real stuff, based on there long history.

This brand name was registered in 1919 by a Mr. Jiang of Dongyang. The hams made following his recipe were mainly produced in small workshops. The first factory was only established in 1979, by the fourth generation representative Jiang Youzhong. In 1997, the Dongyang government decided to increase the revenue from this famous local brand and, in cooperation with the regional Food Industry Association, assigned the right to use the Xuefangjiang brand to three manufacturers. However, by that time, China was trying to align its economy more with international practice and in this light it was considered more commercial to assign the brand to one single company: Xuefang Industrial & Commercial Co. Production is said to have increased considerably since then.

This variety of Jinhua ham has been developed by Fang Chengtong, who was born in Yongkang in 1875. He started his career as an apprentice of Xuefangjiang, but later developed his own recipe. His two sons continued their father’s business until they were hired by a local food company in 1954, as part of the economic reforms of that time. Fang Chengtong died in 1960 and his grandson, Fang Xiqian was initiated into ham making by his father Fang Fengxiu. When the provincial authorities decided to actively promote the local ham industry, Fang Xiqian was put in charge of the technical management of a new ham factory established by the local government. He set up his own factory in 1990, for which he registered the Zhenfangzong brand in 2002. When his son Fang Jiangbo graduated from the Foreign Trade Dept of the prestigious Shanghai Jiaotong University, he took over the management of the company.

This tradition dates back to the 1930s, when Jin Shihui (of Jinhua descent) set up a ham workshop in Hangzhou, the capital of Zhejiang. He returned to his native city in 1947, where he continued his business. Jin led a merger of 4 ham workshops in Jinhua into one Jinlian Ham Sales Department in 1950, the year following the establishment of the People’s Republic. This privately operated company became part of a state owned enterprise in 1960, where it functioned as the Ham Workshop of the Jinhua Meat Factory. It was made a separate legal person again in 1979 and was reorganized into a limited company in 2000. Because of its location in the core city of the Jinhua ham region, Jinhua brand ham is regarded as the most original.

These are stories rich in culture and history, and they trigger an intriguing question: when will Jinhua ham take its rightful position next to pata negra and Parma ham in the international showcase of great hams? 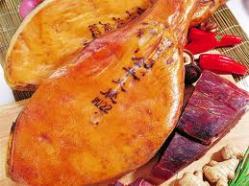 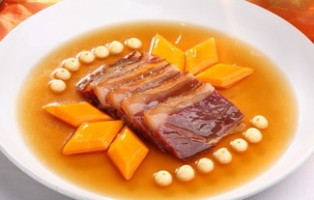 With Jinhua ham developing so well in its home country, it is about time to start an international marketing campaign positioning it in the global market. The people in Jinhua need to hurry, as Spanish Ibérico ham is rapidly gaining popularity in China. In 2014, Fosun, one of China’s largest financial and industrial conglomerates, bought a stake in Osborne, in the parent company of Cinco Jotas, one of Spain’s top brands of Ibérico ham.

Jinhua ham on the stock market

To cash in on modern ways of funding, a limited company was established in Jinhua in 1994, which got listed on the Shenzhen Stock Exchange. It is known as Jinzi Ham or King’s Ham. The company reports that it has benefited dramatically from the corona crisis, when many Chinese rediscovered the art of home cooking. King’s Ham has generated a turnover of RMB 314 mln in the first half of 2020; up 149.68%. Congratulations to Jinzi, but . . . now make yourself known to the entire world! 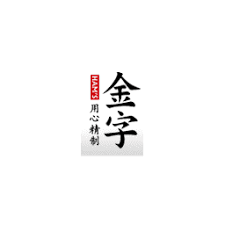 7 thoughts on “Jinhua ham – the Chinese challenge to Pata Negra”